NMIS Celebrated its 49th Anniversary and Observed the 28th MSCW 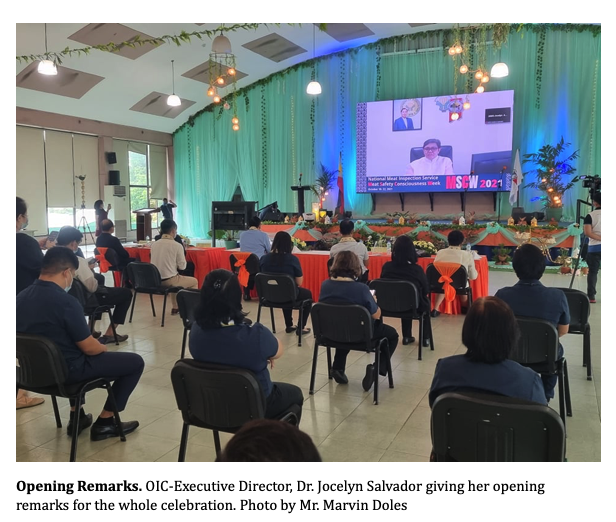 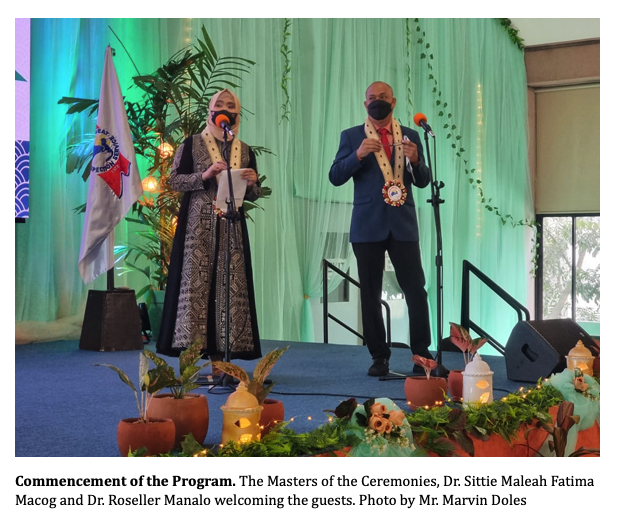 Various activities were held throughout the day. Health and safety protocols were strictly observed and reminded by the Masters of Ceremonies, Dr. Sittie Maleah Fatima Macog, Senior Meat Control Officer, and Dr. Roseller Manalo, Head of the Enforcement Unit of NMIS.

Following the guidelines on the alert level, selected guests were physically present at the NMIS Salvador H. Escudero III (SHE) Hall, and the rest viewed the program online.

OIC-Executive Director Dr. Jocelyn Salvador welcomed everyone in the ceremony. Dr. Salvador thanked Secretary William Dar and Undersecretary for Livestock Dr. William Medrano for trusting her with the job and giving her guidance. She proudly said that the NMIS is functioning well, which means that the agency can enforce its mandate effectively even if there’s a pandemic. Dr. Salvador congratulated the men and women of NMIS led by Regional Technical Directors (RTDs) that comprise the workforce for vigilantly performing their functions despite the challenge of the COVID 19. She also did not forget to thank and give credit to the former Executive Directors of the agency for paving the way to what NMIS is now. 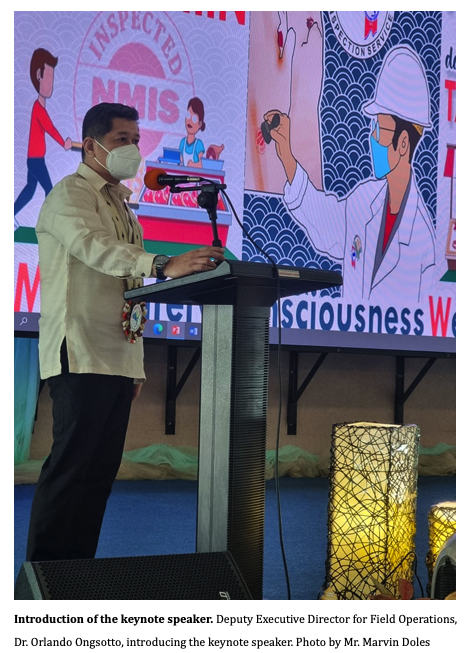 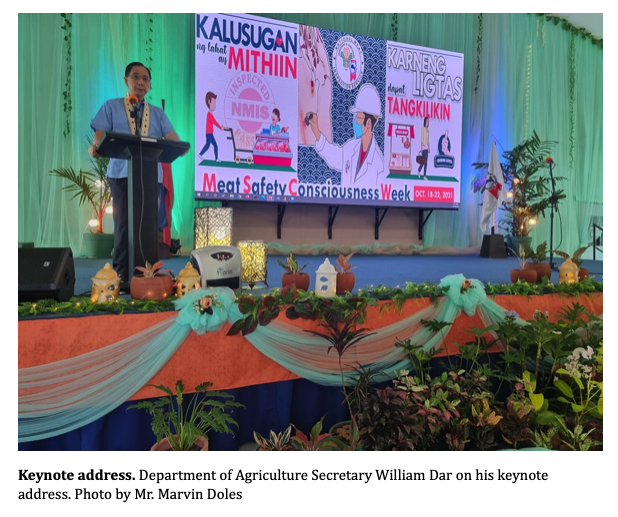 Dr. Orlando Ongsotto, Deputy Executive Director (DED) for Field Operations, introduced the keynote speaker, Secretary Dar. The Secretary said that “the NMIS is an essential component of the government’s commitment to consumer safety” in his keynote address. He added that the consumers are important to the Philippine economy, yet they are somewhat neglected. Therefore, it is the DA’s and in turn the NMIS’s duty to advance consumer welfare. /span>

Furthermore, the Secretary praised NMIS’s efforts to digitize its services especially on the traceability system for meat products. This is in line with the One DA Reform Agenda on modernization. The Secretary said that the NMIS needs to focus on three key policy objectives:

2. The continuation to improve the policy environment for food and nutrition security through the enforcement of more rational food policies, including those for the early detection of threats; and

3. The continuation of improvement, modernization, and upgrade of NMIS services.

After Secretary Dar’s keynote address, the program proceeded to the viewing of the features of the two rendering trucks, and later on, the unveiling of the trucks, which are funded under Bayanihan to Recover as One Act. The rendering trucks will be used for the destruction of condemned meat. 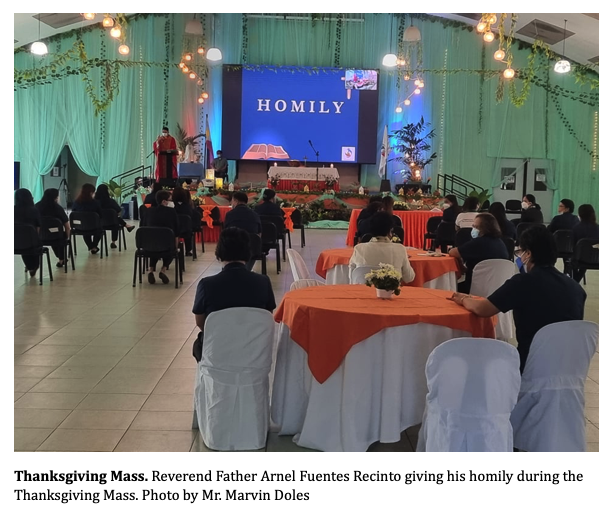 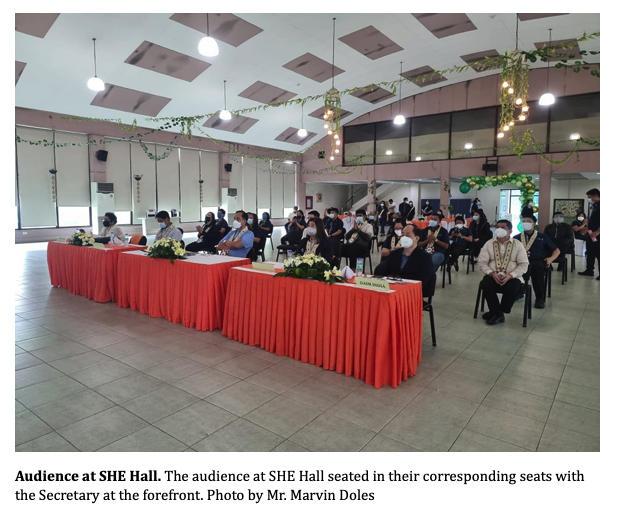 The morning session ended with a Thanksgiving Mass at the SHE Hall. The NMIS vehicles and the rendering trucks were blessed by Rev. Fr. Arnel Fuentes Recinto of the Our Lady of Mount Carmel Parish. 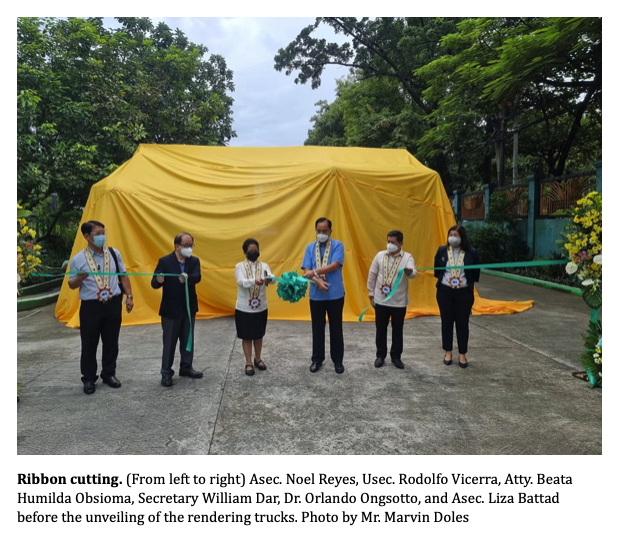 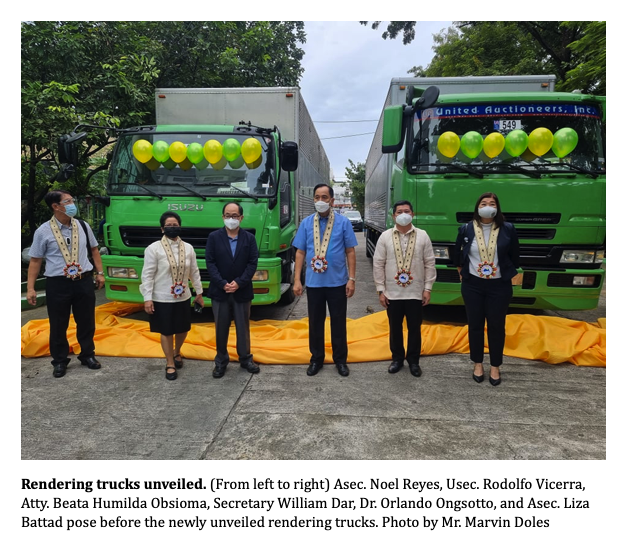 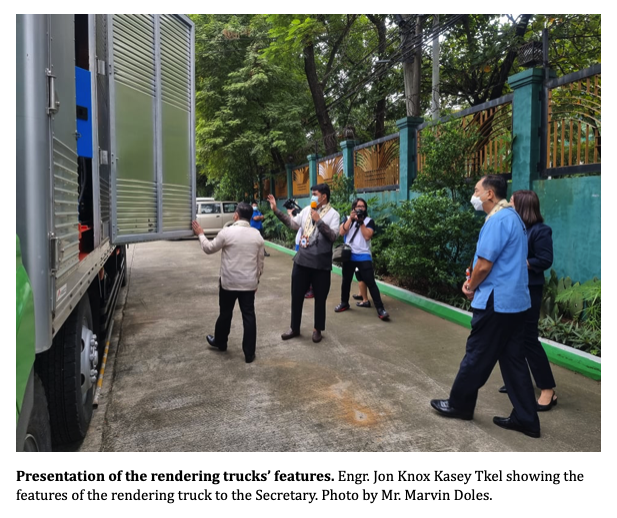 In the afternoon, the program proceeded with the viewing of the entries to the Short Video Contest for NMIS employees. The entries must adhere to the theme of the celebration, which is: “Kalusugan ng lahat ay mithiin, karneng ligtas dapat tangkilikin.” There were seven entries from different Regional Technical Operations Centers (RTOCs) and the Central Office of NMIS. Their entries will be judged on Thursday by Atty. Beata Humilda Obsioma, DED for Administration and Finance, Dr. Clarita Sangcal, RTD of NCR, Mr. Jape Louies Candelaria, Auditor, and the OIC-Executive Director herself.

The last activity of the day is the presentation of the RTOCs of their finished, ongoing, and upcoming projects and activities. This was facilitated by Atty. Obsioma.

This celebration will last until Friday, October 22, 2021 with various activities lined up daily. Everyone is invited to participate by viewing the livestream, which is posted on NMIS’s official Facebook page: NMIS – Safe Meat for All. 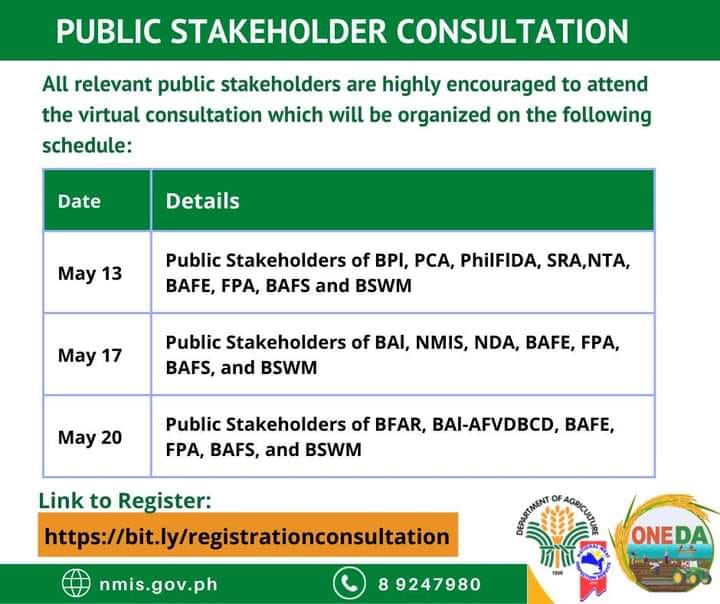 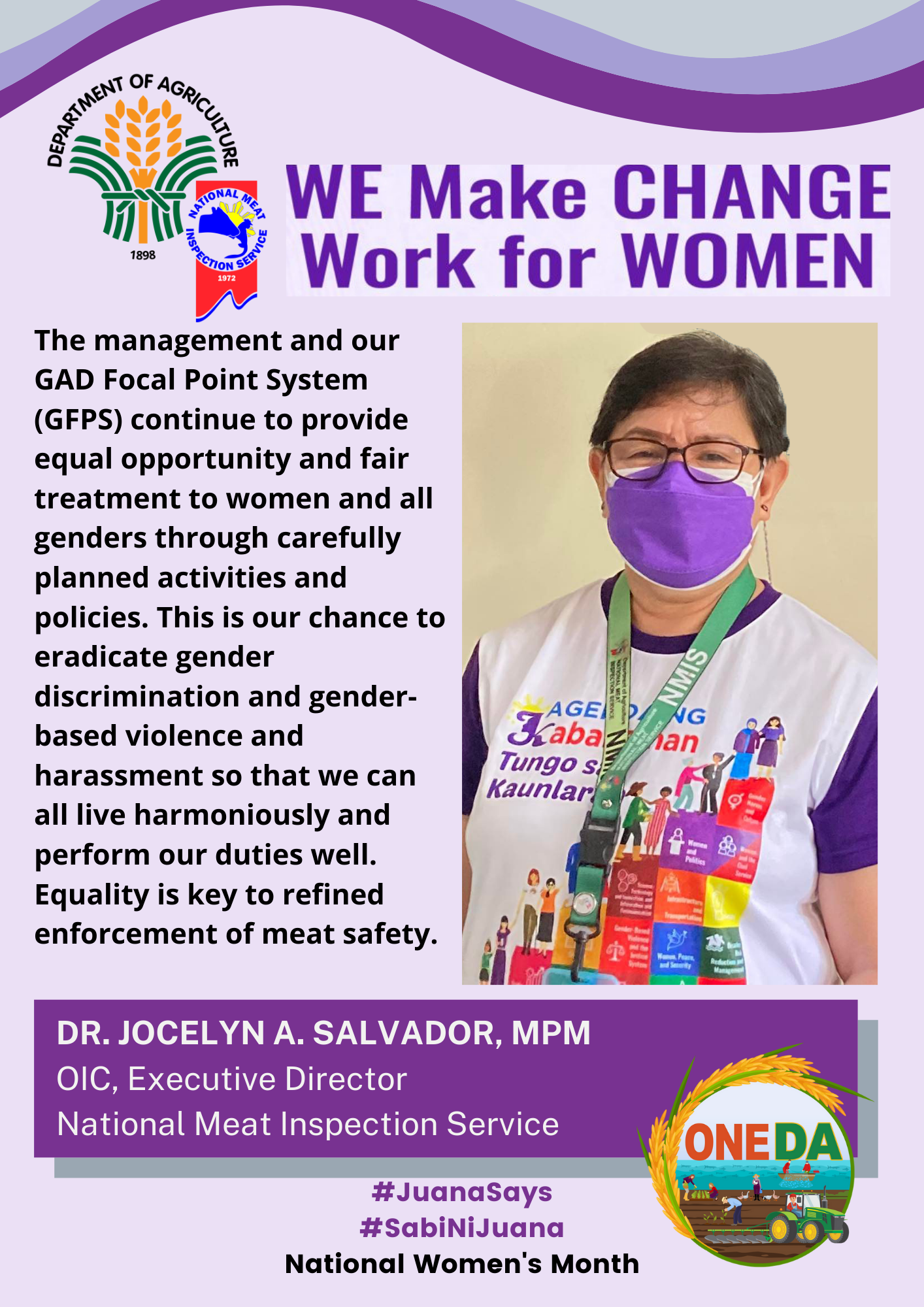